I have been a huge fan of Voltes V ever since I was a kid. Voltes V and Daimos were two of the most popular cartoon robots during my childhood. There were tons of merchandise available back then. I got stickers, fridge magnets, notebooks, pens, etc. but one thing that is missing is the actual Voltes V robot. And for a good reason, the GX-31 Voltes V is very expensive. Look online and you can see the price ranging from $300 – $500 USD. As much as I want to get one, I just can’t justify the insane price.

Enter the Soul of Chogokin GX-79 Voltes V Full Action (FA). For those us who could not afford the GX-31, this is the slightly less expensive version that might be a little bearable on the wallet. Now before your eyes light up, the GX-79 has major drawback — it COULD NOT transform, it is just one unit. This could be a big issue for some fans because a huge part of the Voltes V nostalgia is its volt in sequence.

Why buy the GX-79 then? I purchased mine from Amazon for $155 USD and was on my desk 2 days later (hooray 2-day shipping). Let us take a look what’s in the package. 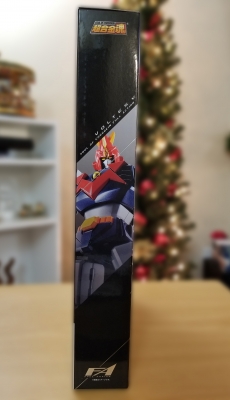 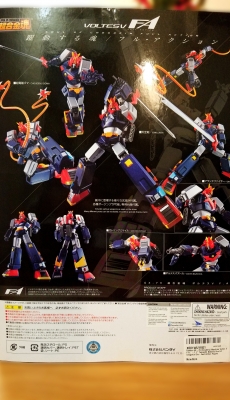 The box stands about 14 inches high and 10 inches wide. The front features Voltes V’s familiar finishing move with both arms up holding the laser sword. The back of the box shows different stuff that you could do with the robot. I initially thought that it could be CG render since it is a common practice but the figure proved to be more than capable of doing those poses.

The box contains the Voltes V robot, a base stand, Voltes V’s weapons and set of hands. I have to admit I felt a little disappointed when I opened the box. The box maybe 14 inches but robot itself stands only 7 inches high. To be fair, Amazon did list the height but because of my excitement I was expecting something big. Seeing the actual height of the robot made me feel a little cheated. 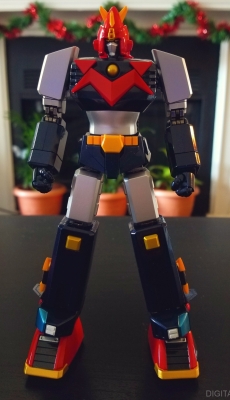 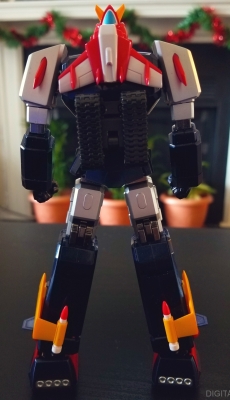 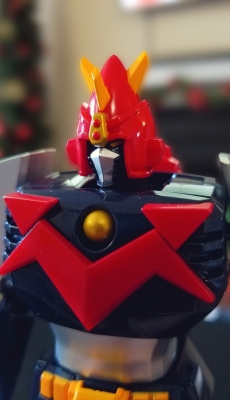 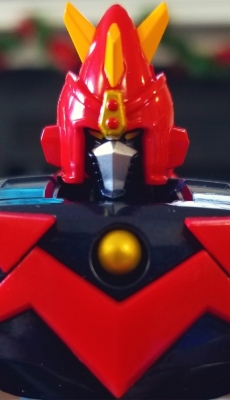 Even if the Voltes V GX-79 is just 7 inches tall the detail of the unit is amazing. The look and color is faithful to the anime and the proportion of the parts is just right. Personally, I think it looks slightly better than the GX-31. Lifting it up, this figure is surprisingly heavy. The “skeleton” is made of metal and the rest of the exterior is made of plastic. It can firmly stand on its own without any need for support so long as the platform is solid. It can withstand a slight wobble but I would not recommend letting it stand on its own. If you knock it over you might break the fins on its head or arms and that would be a waste of a good figure. 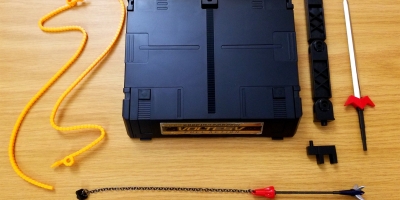 Aside from the robot, the box contains all the weapons including the ultra magnetic whip, ultra magnetic top (I forgot to take a picture of it), chain knuckles, finger missiles, Voltes bazooka and of course, the laser sword. The base stand itself contains a set of hands that can be used with a variety of moves. As with most figures, these accessories use ball and socket joints and you swap these accessories depending on what you want to use.

Now the fun part — playing with the Voltes V robot! Earlier I mentioned that the GX-79 could not transform and that sucks. BUT! This figure has an insane articulation! Aside from the ball and socket joints providing a wide range of movements there are also small details that makes it even more flexible. For example you can extend the torso and this allows the figure to bend forward, backward or bend either side at the waist. Same thing with the feet, you can pop out the feet socket a little bit and you can bend the feet backward or forward farther than other figures. Another nice improvement is the “skirt” plastic plate that can swing outwards allowing you to bend the thigh higher than normal. 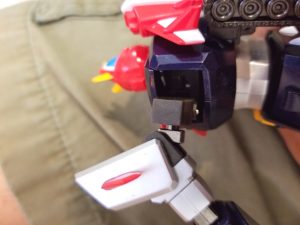 The best improvement that they did on this figure is probably the shoulder. Most figures that I own have limited mobility on their arms and legs. You can bend the arms, maybe move it sideways up and down but this figure has a shoulder joint that can move like a door hinge. With this you can move the arms across its body giving you access to a wider range of stance and posture. I did a number of poses with this figure and the GX-79 is more than happy to do whatever you wish. While moving and playing with this be careful of the sharp edges. They are sharp and pointy and can poke and slice you. The fin actually pierced my finger while I was trying to push the shoulder fin down (no, you can’t push the fins down, I just did not bother to read the manual).

One of the frustrations that I have when displaying figures is that they always look stiff and lifeless. Thanks to the improvements with articulation done on the GX-79, each stance looks more alive and dynamic. You could move the head in different directions so it is a huge plus when you want to create a battle scene. The GX-31 only looks forward so it looks weird and awkward. I took a few photos of Voltes V in action. I will try to get more photos with different poses later on. 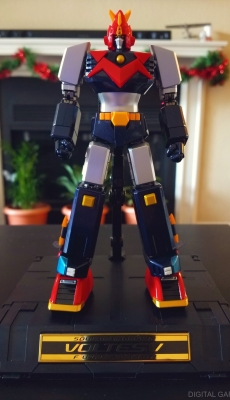 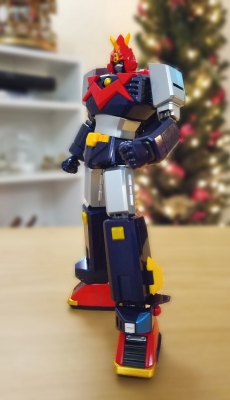 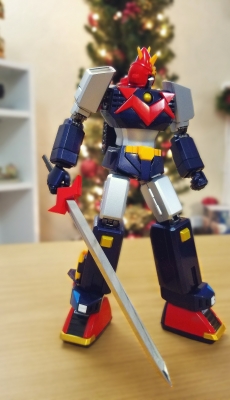 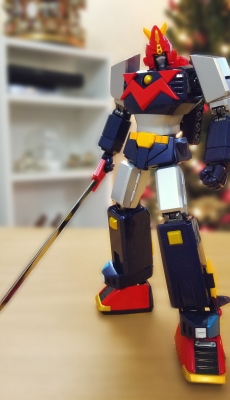 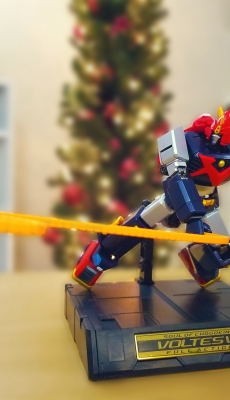 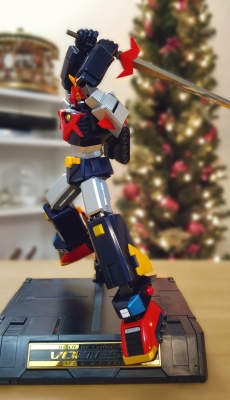 Is it worth it?

Is this 7-inch tall robot worth $155? The answer is, with a little hesitation, YES. The power of nostalgia is pretty strong, I’ve been wanting to get my hands on a Voltes V robot for a long time. The GX-79 satisfied that want without breaking my bank. That being said, I am still a little hesitant because $155 is a bit expensive for a 7-inch figure. If this is being sold for $100 then I can say that it is definitely worth it. Comparing it to the GX-31, you get the GX-31 if you want to relive the volt in sequence. My friend was gracious enough to lend me his GX-31 for a month so I could play with it. Sadly after doing 10 transformations or so, I grew tired of it and it stayed on a corner completely transformed and I never bothered to take it apart again. If you want a figure that you want to display in your man cave or living room with different poses every now and then, I think GX-79 is the one to get. The Soul of Chogokin GX-79 Voltes V ticked all the boxes for me — less expensive, decent quality, awesome articulation and a very good eye candy on my shelf.